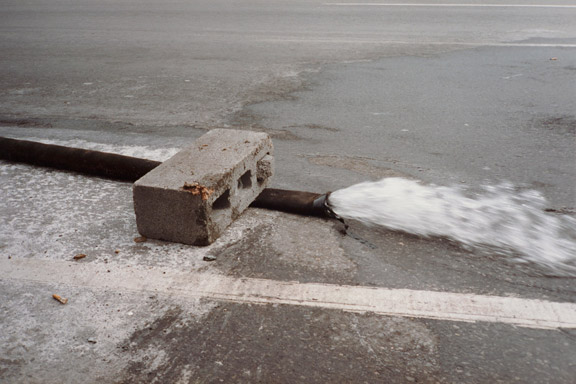 Gridspace is pleased to present the first exhibition of Alan Wiener’s photographs. Titled Hollow Block, this series documents cinderblocks as Wiener found them between 1996 and 2000. Twelve photos have been selected for the show depicting the blocks in their "natural habitats," ranging from construction sites and city sidewalks to more unexpected places, such as a beach in East Hampton. The exhibition will run from May 20th through June 30 and is visible from the street 24 hours / day.
A catalog containing 25 images from the Hollow Block series will be published to coincide with the exhibition in a numbered edition of 200 copies.
Wiener will also be exhibiting recent sculpture at Feature Inc at 131 Allen Street from May 30 – June 30, 2012 (opening reception May 31st, 6-8pm).
More of his work can be seen at alanwiener.org and featureinc.com.